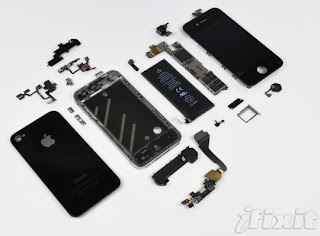 Here we go again, we’ve seen the teardowns earlier, now what we have here is the details of the estimated cost to build the blockbuster iPhone 4. iSuppli reveals iPhone 4 BOM (bill of materials) tallied to cost $187.51 for the device 16GB version.
Notably it’s just $17 more than the iPhone 3GS estimate back in 2009 but less than $30 from its iPhone estimates back in 2007. The most expensive parts of the device is its 3.5-inch IPS Retina Display which cost $28.50, while some parts like the Apple A4 SoC is a $10.75 component, 16GB of Samsung flash is $27 and 5-megapixel autofocus camera is just $9.75. Summing up the cost of manufacturing and other developments comes the iPhone 4. 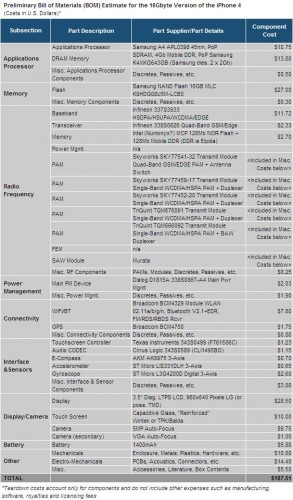 After that the story how Apple will hit another record breaking profit from its iPhone, note –with or without reception!