Skip to content
TechGeeze > Tablet Computers or the iPad – Would You Switch Given the Choice? 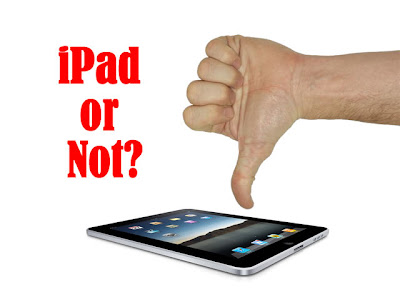 In today’s world where technology improves at the speed of light and tech companies vie with each other to get ahead in the game, it is practically impossible to think of any company enjoying a monopoly when it comes to gadgets. But Apple has pulled off the unthinkable with the iPad – it is the only touchscreen tablet device in the world today, and with its close competitors showing no signs of hurrying their devices to the market, it seems that this monopoly will continue for some more time.

Now if you’ve kept up with the reviews and used the device, you’ll agree that for all its sleekness and appeal, the iPad is not the cream of the crop from Apple’s gardens, unless you’re a diehard fan of Apple that is. On the positive side, the device scores high in the looks department just like any other Apple product, it facilitates color and illustrations unlike other e-readers like Kindle and Nook, and it’s a snazzy status symbol if you can afford the asking price. But in spite of this, the iPad fails to impress because:

But then, with no other alternative in sight, if you want a tablet computer right now, you have to settle for a pale shadow of one in the iPad. There are others in the pipeline though – Google’s tablet based on its Chrome OS, HP’s Slate which will either run on Microsoft’s Windows 7 or Palm’s webOS (because HP has acquired Palm), and RIM’s Cobalt or Blackstone which will stand out from the rest of the crowd by going the BlackBerry way. Unfortunately, Microsoft has ditched Courier, its proposed tablet, or we would have seen the competition heating up.

The problem with these alternatives to the iPad is that none of them are scheduled to appear any time soon, and when they do come, they must be much better than the iPad to steal a march over Apple. Perhaps that is why HP has delayed the launch of Slate after announcing that it would be available in early 2010 – maybe it needs to take care of a few issues if it is to compete with the iPad.

Yes, there is no choice now, but in a year or so, would you still buy the iPad (it would have been revamped significantly and in its nth avatar) or prefer to go for an alternative tablet computer? The answer lies in what you want – with Apple products, the makers dictate terms to you; you have to buy what they provide through the iStore. With others like Google, you’re allowed to make the choice because they do not control third party applications that run on your device. Seeing as it’s your device, wouldn’t you want to be the one who controls what you do with it? So we wait, if not with bated breath, at least with hope that someone will come out with an iPad killer soon!

This guest post is contributed by Shannon Wills, she writes on the topic of Internet Service Providers . She welcomes your comments at her email id: shannonwills23@gmail.com.