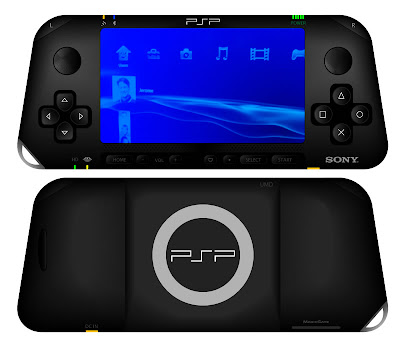 Unfortunately, there is a strong rumor that the Sony PSP 2 couldn’t be part of the upcoming E3 unlike the contender Nintendo 3DS that would likely be the hardware-star for the event. But if you think that’s enough to kill the marketability of the upcoming Sony PSP 2, you might be wrong, cause if few things in the list after the break were true, the PSP 2 would be another blockbuster gaming hand-held device from Sony.

Luckily VG247 diggs up the things we would like to know about the Sony PSP 2:

— MCV rumoured last week that Sony “could” announce PSP2 at E3.
— VG247 goes digging. According to a source familiar with the matter, it’s “99 percent” it isn’t an E3 reveal. But there’s much, much more.
— Multiple British sources have confirmed that PSP2 NDAs have been in place at publishers and developers for many months.
— PSP2 has two cameras, one forward and one backward facing.
— It has a touch-screen, but apparently it has retained the trademark physical PlayStation buttons.
— UK sources were previously working towards a “2010″ release. This is now “2011″.
— One source would be “amazed” if there was any kind of physical media involved.
— We’ve been told it “could” be 3G-enabled, as opposed to the WiFi-only PSP go. This bit was sketchy.
— Multiple PSP2 games are being made in Britain right now. Some have even already been canned.
— There have been “finished units” in the UK, but we haven’t spoken to anyone that’s seen a final case.
— When asked directly about reveal timing, one source said, “If the games were aiming for end 2010, beginning 2011, and now it’s a 2011 release, I’d say a gamescom or TGS announce for launch early next year”.
— One source told us the machine is “fucking powerful,” being based on a four-core Cell CPU. PS3 runs on an eight-core version.

Conclusion, this rundown seemed to be in reality and believable enough so keeping an eye on Sony’s E3 press conference on June 15 isn’t a bad idea.