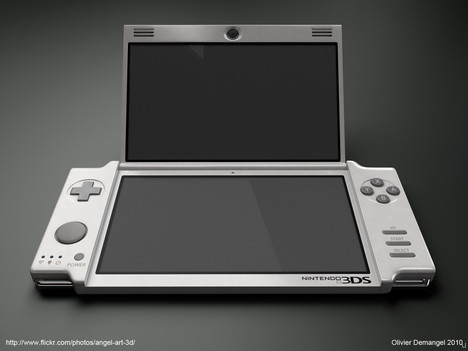 We’ve already know some details about the Nintendo’s 3D-toting portable console –the Nintendo 3DS. If you think you’re a little bit curious, Nintendo President Saturo Iwata reveals that the 3D-function of the console can be turned-off, making the 3DS shift from 2D to 3D in a snap. This will negate the concerns about gamers who would lock their room for a whole day of addictive gaming, seriously, there were issues raised in the development process that the persistent 3D imaging could cause eye strain, especially for children. So they have decided to put in some sort of toggle that will disable the 3D functionality.

If you’ll remember, this isn’t the first time Nintendo faced issues over the hazards of a handheld gaming system. The abomination known as the “Virtual Boy” caused gamers all over the world to get migraines from its black-and-red display. But for now, the 3D-capable gadgets are in the zone, we almost see how this device will make it big on release.

Nintendo 3DS is expected to be the main attraction of the upcoming E3 trade show. If your memory don’t serve you right, the Nintendo 3DS will feature 3D-effect without glasses together with force-feedback and accelerometer along with 2D/3D toggle functionality.