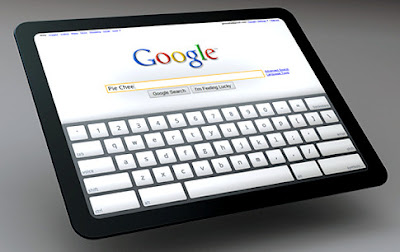 We are sure that you’ve already heard about Google and Verizon is prepping their own Android-powered tablet. This was already substantial when Verizon’s CEO Lowell McAdam has just told the Wall Street Journal that they are working on a tablet with Google. Could it be that the companies is prepping for a Google Tablet 4G as timed for Verizon’s LTE deployment? Seems it is not coincidence but aimed to be complementing stronger and faster network alongside with a flagship device.

Since tablet is hitting the gauge for marketability, McAdam didn’t give any specific details regarding the tablet only saying that they are looking at what Google has to offer to make a tablet great in addition to the fact that tablets are the next big thing. If you think browsing on Google Tablet on Verizon’s LTE network would bored you, I guess you should watch the video below to see what 4G technology has to offer.

This video is during Verizon’s LTE trial deployment, Big Red filmed the event and clearly –nearly 10Mbps down and over 2Mbps on the upstream. If Verizon’s network will sustained this network speed from pounding consumers then this should worry Sprint and Clearwire.
Besides the tablet will support 4G networks, an “A plus” awaits for if it will run on Android that will presumably support flash, though HTML5 is emerging. And finally, Verizon is upset that AT&T and Apple still have a few more years left for their iPhone exclusivity contract, so pushing a possible headache is a great idea.
Do you think the Google Tablet 4G will be a great addition on the market to battle out the Apple iPad?
Want to pass 642-533 exam ? Then give a try to 642-436 latest dumps and 650-195 practice exams to hit the success on first attempt.