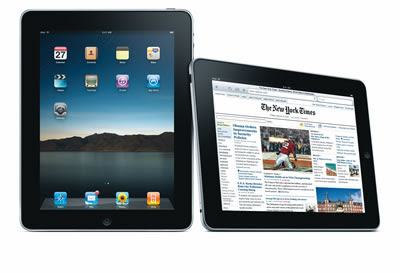 iSuppli a component analyst has just published their in-depth estimates about the Apple’s “new creation” –the iPad. The firm estimates iPad’s parts worth is between $220 and $335 for entry and top-range model of the device. Learn what iPad model Apple can have their maximum profit after the break.

The entry iPad model with 16GB without 3G is priced at $500 apparently iSuppli estimates is worth $220 in parts. iSuppli also added worth $335 parts for the top-of-the-line model of iPad with 64GB and 3G at Apple price $830.

“Jagdish Rebello, senior director and principal analyst for iSuppli, pointed out that the mid-range model — the 32-GB iPad with 3G — will generate the highest profit for Apple. The 32-GB versions of the iPad cost only $30 more to produce than the 16-GB versions, but their retail pricing is $100 higher, Rebello explained.” “This shows that Apple believes the highest-volume opportunity for the iPad resides in the mid-range of the product line,” Rebello said.

However if you will be summing up the general cost of Apple’s iPad from its development, labor and advertising and not just on its parts then it may appear that Apple isn’t overpricing the iPad at all. One thing more, the component firm did not possess an actual iPad and is rather speculating based on Apple’s public statements about the product’s features. So probably there is always a room for this as speculations.