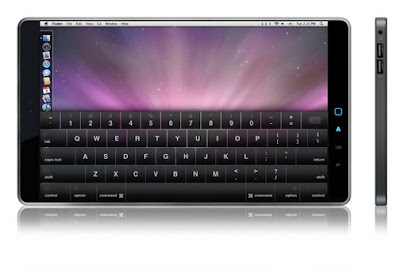 Valleywag received considerable attention for its questionably legal offer of up to $100,000 for legitimate information on Apple‘s much-anticipated tablet device. But I don’t think Valleywag won’t be seeing any information as Apple lawyers strike back with a cease-and-desist letter requesting that the contest be discontinued by 6:00 PM Pacific time today. Apparently the rumors and speculation still heats up even there is no bounty, as BGR reveals that the delay of iPhone OS update is due to cover up the secret of the Apple bountiful iSlate tablet.

BGR claims from its reliable source that the delayed or we noticed that Apple is not releasing an updated OS build for the iPhone lately is because chunks of code will apparently reveals the iSlate tablet. This was exactly pertaining to an “iPhone on steroids”, definitely like an iPhone with larger screen and much faster processing. Incredibly fast that it may feature ARM processor – perhaps the recently debuted ARM Cortex A9. I think the iSlate will be much futuristic and powerful even it will be using iPhone Kernel along with complete capacitive multitouch capabilities and I know some crazy stuff.

I know it would still be a long way or maybe not, so we just need to wait until Big A cracked the official iSlate announcement. But for now, let just watch as speculation and rumors flood the tech community.