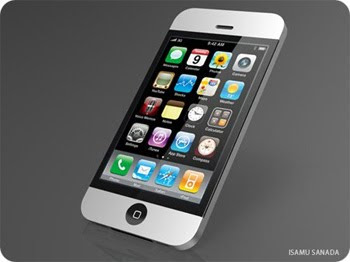 It’s been less than a year since Apple brought up iPhone 3GS apparently what we are talking now is the iPhone 4G. Most likely the 4G story is taking some space out of the iPad, iTablet, or iSlate that almost stormed the web for a past few months now.

Here are some points of the speculations and rumors over the tech community.

Now here is my point, I think Apple would still point a yearly basis of refreshing their products as to what we’ve seen further, so we can expect June/July release. A 5.0 megapixels camera along with LED flash is I think a reality par with Nexus One so most likely the OLED screen to get ahead. A 64GB iPhone is still inline as Toshiba revealed their 64GB embedded NAND flash memory module. Once more, I think a removable battery still a mystery as Apple products even their laptops is still lives non-removable.

In addition, a new casing is really one of my favorite, I think this feature will ultimately distinguish the iPhone 4G out of its predecessor or let us say out of being “iPodish”, I mean the iPod Touch and iPhone is somehow alike in the first look. But I get the Apple idea of bringing iPod and capabilities of a smartphone together, it’s just I think today iPhone has gone a long way now and it should be better to that idea.

That’s fancy sleek looking concept design of rumored iPhone 4G is courtesy of iPhoneRoot.com. Which I think looks like a MacPhone, sounds crazy but the built is inspired by a Macbook.

Now I give a chance to tell what features you want about the next iteration of Apple iPhone. Just do it safe at the comment-form below. I think this was an exciting article you might want to share it to your friends by Twitter or Facebook.