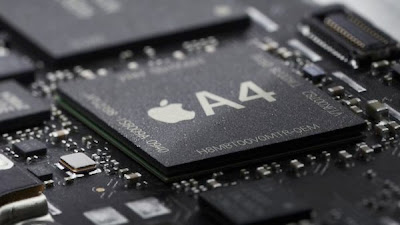 Well they said it was really fast, though it didn’t support multitasking. This was no Intel, Samsung or NVIDIA but Apple is using its own P.A. Semi technology for a custom 1GHz chip called Apple A4. It is hyped with Apple claims of 10 hours of battery life and a month on standby.

The chip was apparently manufactured in September last year, great thing we don’t hear any leak about that. The image above is via iFixit on Twitter.