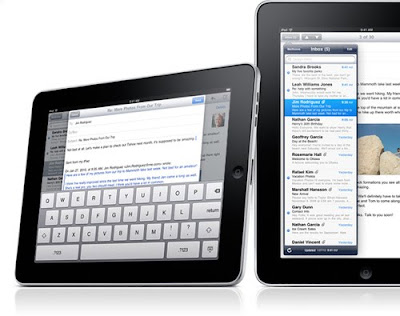 Apple claims iPad was the future of multi-touch computing and magical to revolutionize the traditional way consumers think and experience a multi-media device could be. Then it was official, now beside the hog of attention iPad was getting right now the tablet doesn’t satisfied most of the expectations it has created. Mostly, we can give you some of the major deal-breaking things about the iPad.

Uncomfortably Big
Literally a giant iTouch, it’s to big that it weighs solid heavy which I think would be uncomfortable, exactly can point to accidental command entry since it was touch-sensitive.

No Multitasking
Besides from its faster processing, the iPad can’t support multitasking. Major deal-breaker considering netbooks can do the usual PC processing.

Hardware Locked
Yah, it’s unlocked but you’ll be sure to find it hard to see carrier using “micro SIM” that iPad is only compatible with. AT&T assured this time that a hacked would not crack the iPad.

No Cameras
No back or front facing camera, how can this support iChat at all?

Touch Keyboard
The keyboard is good, not great and not quite as responsive.

No HDMI/HD Video Out
You may want an Apple TV, cause iPad doesn’t have any HD media video output.

Not Widescreen
Widescreen formatted movies look lousy with its 4:3 screen.

Adaptors
If you want to plug anything into this, such as a digital camera or even USB you need an adaptor.