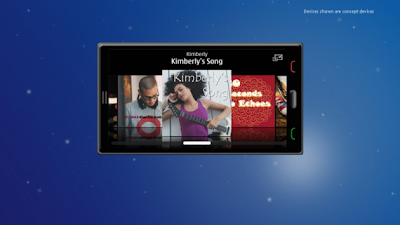 We have known the promise of a Google Phone equipped with its “real” version of the Android OS. Now it seems Nokia is then up for another innovation (likely the “real Android thing”) by overhauling their Symbian OS with selections of overflowing concepts. The Finnish manufacturer is up for 15fps to 60fps scrolling rates that we hope with their large capacitive displays, as promised.

Now here are some keypoints sited:

I don’t know if Nokia is up to this, but who may know this was aimed for next year. I mean the X series and N900 is their major front-up for this promise. Now do you think it’s possible?