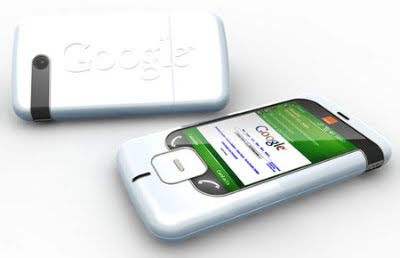 The formidable scene of an iPhone Killer is starting to lure our attentions. We’ve seen how simple thing can be a monster in the future. This was exactly I mean when we’ve perceived Google to be an Internet tycoon. Another certain occurrence that undeniably in us, the slowly but surely Android OS that seemingly has an enormous potential on the mobile market, and what follows –the Google Phone.

According to a person familiar to this matter, that has seen the Google Phone –telling that it is a real thing. This is not just a Google-branded hardware running the Android OS that we know, but the “real” Android OS that we have never seen before.

It is said that after few weeks from now, the prototype form of the Google Phone will be handled by the Mountain View lab. Accordingly this was large LCDs running a new version of Android (Flan or beyond it) which is spotted on both this handset and laptops.

One thing that really make sense, what is the real Android OS we’re talking here? What Google Phone have to beat the established Apple iPhone? In the end I would like to hear some opinion from you?