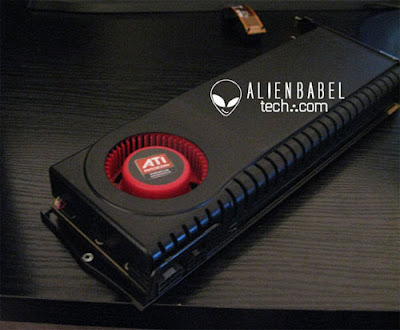 We know how ATI and NVIDIA are getting toe-to-toe battle over the graphics card market. However, we can’t settle the fact that each brand has their strengths; NVIDIA is known for their sophisticated video cards while ATI is for their decent video cards plus the affordability. Since the last few months, ATI has been in campaign unveiling battalions of graphics card that has received a positive response from gamers for its decent performance at a good price. Maybe part of this slew of video cards is this new dual GPU that has been leaked all over the web.

The new dual GPU is called ATI HD 5970 which features two GPU’s mounted in 13.5-inch board. This will force to be fitted to the largest computer cases available on the market. Good thing, this card is said to be an engineering sample so this massive size could change before its official market introduction. This card will need both a 6-pin and 8-pin power adapter –obviously will leech enormous power on the PSU.

Apparently, AMD has forced the site that leaked the images to pull the performance data sheet from the post. This will only give us the idea that ATI HD 5970 is on the final phase of design and testing but you can be assured that I will be giving you its availability details and specifications when this new graphics card is made official.