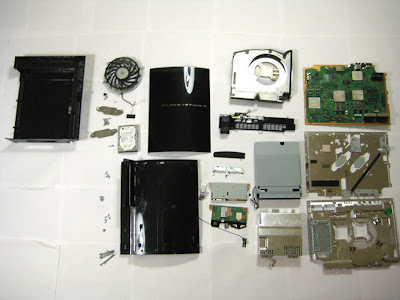 Like Dan Brown’s Lost Symbols, “The secret is how to die.” And you want to know what’s the secret right? This was the thing brought up to me by the collaboration of Wired and iFixit to hold a contest to do “teardowns” of Sony gadgets.

Maybe you’re thinking why waste time dissecting those gadgets? Simply, “to learn more about the nature of technology, engineering and industrial design” and mainly learn its hidden secrets by digging inside its internal parts. Crafty gadgets just don’t tell by the way it looks, rather that what components it has inside.

“To celebrate teardown culture, we hosted a contest in collaboration with teardown company iFixit, and 19 people participated (20, if you include a hilariously failed attempt). The rules were simple: Disassemble a Sony gadget, take photos of each step, and post the results.”

According to Wired, they picked Sony because the company told iFixit that it doesn’t like its products to be torn apart publicly which sounds to be more challenging. In addition, Sony products are labeled to have that decent design and technology.

To make it sweeter, iFixit will be handling winners into two categories with: a PS3 Slim for “Best Overall Teardown,” and a PSP Go for “Most Creative Teardown,” While there so much to stay here, head on this link to see some of I can say truly impressive and delightful teardowns and also likely to see the winners.