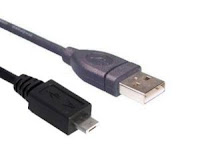 There could be billions of mobile phones on our planet now, now can you imagine how many phone chargers here could be, if there will be one is to one ratio. These phone chargers can contribute to an extent of waste up to 51,000 tons a year according to Gizmodo. This seems to be a very relevant for economic and environmental consideration if the phone’s charger will be standardized. Apparently, this problem could be on the resolution stage as the United Nation’s International Telecommunication Union gave there approval to an “energy efficient one-charger-fits-all” mobile charging solution.

Last June, we have posted the moved about this standardization that have agreed by almost all major mobile phone manufacturers around the world. The implementation of a standard microUSB charger solution has been on the process for EU and this was also what GSM Association has been studying.

ITU hopes for a 2012 full implementation of this standard, like was EU continent-wide standardization moving on now. Apparently we don’t heard U.S. taking some action yet with this standardization, but probably there is no good reason not to join this plan.