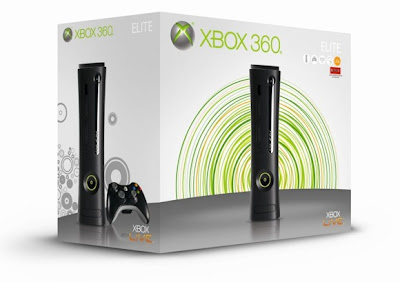 Apparently if you don’t mind the mail-in rebate, you can grab the Xbox 360 Elite for just $250 with a $50 rebate if you make a purchase from now on until October 5, but unfortunately it is available for U.S. customers only.

If you have lived with console rumors then you would find a $199 Nintendo Wii probably this weekend if the rumor will come true. In addition, the fact that Sony has slashed its PS3’s price recently, it makes a scene for Microsoft to place their move of giving a promo-discount on their console.

You can get a $50 rebate on the purchase of a new Xbox 360® Elite Console from September 22 to October 5, 2009. Not only does Xbox 360 play the best games and provide quality entertainment, but now you can sign up for a mail-in rebate for even greater savings. If you’ve purchased a new console and want to claim your $50 rebate, follow all of the steps below:

1. Visit the Xbox 360 Elite Console rebate site.
2. Enter 49710555 as your password.
3. Be sure that you meet all the requirements as defined in the Mail-in Rebate form.
4. Your mailed-in submission must be postmarked no later than November 20, 2009.

If you find the filling-up the forms is a little bit annoying, remember that it was the discount itself. You just have to do the steps above to claim your rebate.

Seems the price war continues to heat-up as we approach the holiday shopping rush, what we can expect more are great deals like this ahead.