Skip to content
TechGeeze > Nintendo Wii for $199.99 Price Is Official 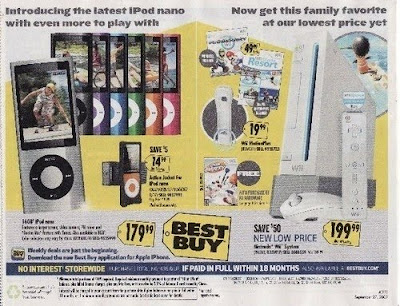 Oops! We don’t missed out on our speculation, it comes as expected that starting September 27 you can have your Nintendo Wii console for just $199 as the company officially announced the new price on a press release.

Now what we want has been granted, could we have now some good bundles Nintendo? I heard that you will be bundling the MotionPlus with Wii, how true is that? Things should be really that uncertain, but you can surprise us, again.

Finally, I think this could make Wii holds its spot as the bestselling console, knowing it matches the cheapest Xbox 360. Let’s see if this will be enough to drive topping chart sales on holiday.

Here are some more key highlights of the press release.