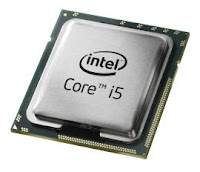 Intel made an impressive edge over its key competition on the market when it debuts its Core i7 900-series desktop CPUs. And this time, the company likely wants to move the domination further with its introduction of much affordable Core i7 800-series and even cheaper Core i5 CPUs.

Remember that Intel is up for consolidating and clearing up the confusions behind the processor’s naming and cores with its branding restructure by moving it to a single naming umbrella Intel® Core™ Processor family. Therefore, the naming goes on like inline with the Core i7, Core i5 and Core i3.

CNET has put Core i7 860 over-clocked from 2.8GHz to 3.39GHz against Core i7 920-based PCs that cost about $500 more, on a comparison and benchmarking test of Falcon Northwest Talon gaming PC. Then the result tells that the much cheaper Core i7 860 is closely matched with Core i7 920, leaving only a small difference in performance.