Skip to content
TechGeeze > The Beatles: Rock Band game and discography rocks on 09/09/09 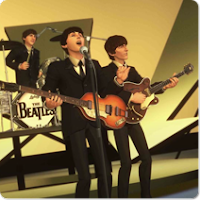 If you’re a rock star wannabe and someone who lives in the Beatles era, definitely you won’t let this re-mastered discography of the famous band that has been brought to life by Harmonix and EMI through the game –The Beatles: Rock Band.

The game packed will also includes three whole Beatle’s albums; Abbey Road, Sgt. Pepper’s Lonely Heart’s Club Band, and Rubber Soul that will all soon be available for download.
Interestingly, Beatles fans that are just fond of listening will also have the chance to enjoy the re-mastered discography as dated this September 9th also, with included variety of never-before-seen photos, videos, liner notes, and a documentary that EMI has been working for years.

Apparently this game is a little bit pricy, with expected $250 full-band package, which may include The Rickenbacker 325 and Gretsch Duo Jet guitars both priced at $100.