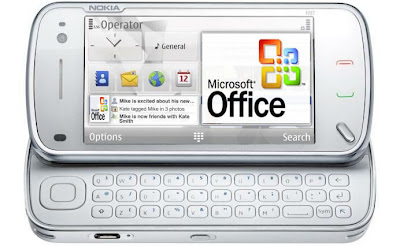 Microsoft and Nokia agreed on a partnership to equip Nokia mobile phones with Microsoft Office software, according to a person with knowledge of the deal. The alliance is expected to be announced Wednesday, looks like a cautious move specifically for Microsoft as the Office processing slowly moving on smartphones which in times can only be done on PC.

We know that Nokia and Microsoft have been in cold war with mobile OS Symbian and Windows Mobile. But since the threats are increasingly getting stronger, with Apple, RIM and rising Google Android software and the fact that Nokia is struggling on the smartphone market share, the partnership may become both beneficial for both parties.

Meanwhile, neither of the company has decided not to comment, but advice that they would hold a conference call on Wednesday.