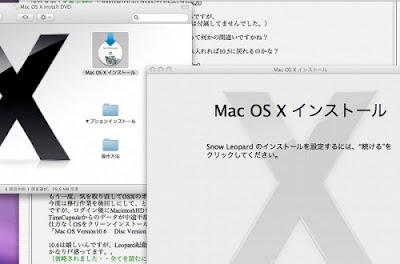 We already heard lots of stories, rumors, speculations and even some leaks that go to the ideas of Mac OS X 10.6 popular known Snow Leopard release date. Luckily, unexpectedly someone got an early copy of the Snow Leopard Install Disc bundled in a Mac Mini purchase. 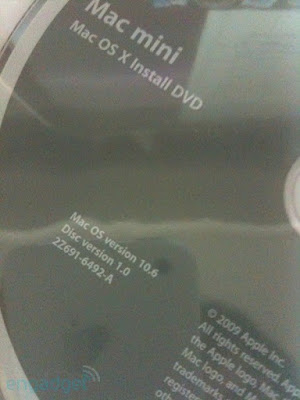 The disc show off a generic manufacturer and copyright information together with a 10.6 Mac OS Version Number on it. We don’t know if this just a random bundle that would only be for “lucky” buyers (seriously?). Better be warned that don’t rush for Mac Minis, and wait for August 28th Apple’s said date of release.

Updates:
Apple announced officially an August 28th release of Mac OS X 10.6 Snow Leopard. So it looks like that this Mac Mini bundled with Snow Leopard installation disc is in-line with the final release date.

August 24, 2009—Apple® today announced that Mac OS® X v10.6 Snow Leopard™ will go on sale Friday, August 28 at Apple’s retail stores and Apple Authorized Resellers, and that Apple’s online store is now accepting pre-orders. Snow Leopard builds on a decade of OS X innovation and success with hundreds of refinements, new core technologies and out of the box support for Microsoft Exchange. Snow Leopard will be available as an upgrade for Mac OS X Leopard® users for $29.