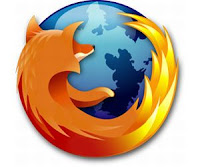 Mozilla Firefox has reached over one billionth download in the last 5 years since the open-source has been launched in 2004. It is now officially a powerhouse browser dominating nearly one third of the browser market worldwide at 31 percent.

The browser’s milestone includes multiple download of copies from different computers and manual downloads excluding the automatic updates. Even the Firefox has found a fortress of more than a billion users downloads; it only came second to the behemoth Internet Explorer which holds the 60 percent of the market. In addition, the market player like Opera, Chrome and Safari are all below 5 percent.

The fact that MS Internet Explorer comes on top is an undergoing talks between the European competition regulators.

Microsoft is currently in talks with the European competition regulators, which ruled in January that pre-bundling Internet Explorer with the company’s Windows operating system hurt competition.

On the ongoing negotiation Microsoft has come to a proposal of settling a European version of its new Windows 7 operating system which lists selection of possible browser to install not only the IE during the first installation of the software.

Apparently, there are still no words on the proposal which regards to the decision of the regulators.

Firefox will be one of the browser offerings upon the installation on European version of Windows 7. Interesting enough is, it would now have a greater chance of hitting another billion downloads knowing a much more faster iteration is on its way –the Chromish Firefox 4.0.