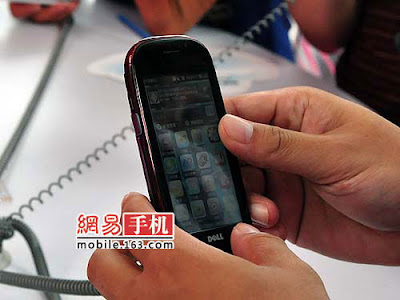 China Mobile one of the biggest phone carriers of the world has just unveiled the long time rumored Dell’s Android smartphone –Mini 3i. TechCrunch and BGR images made an earlier smoke of this smartphone and now it’s on fire.

163.com show an early captured images of Mini 3i, and based on my personal judgment, its looks like a Pre, iPhone and Android combined. Although it missing Wifi support, which it one of a major smartphone capabilities for me.

I believe Dell may have China release a testing site for its much more powerful upcoming smartphones for a worldwide release. You can head on the read link to see some more clear images of the Dell Android smartphone.