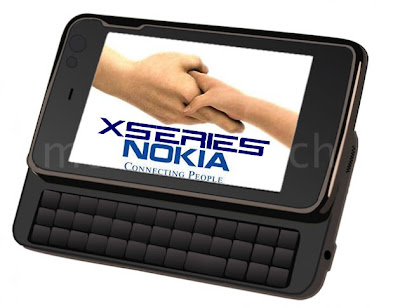 Nokia has been all-out in the news today after dropping a magnificent 15% stock. The company is also bound by rumors of their upcoming handsets, with earlier leaks on the upcoming C Series. Now it turns out it’s not the whole story, with BGR reporting another upcoming line of Nokia that is rumored to cover the highly-anticipated line of Maemo 5 Smartphones –the X Series.

If you’re out and don’t seemed to be on time for the C Series, it’s a rumored line focusing as a lifestyle devices. It turns out more likely that this series will feature new models and possible rebrand of current mobile phone units.

While on the other hand, the X Series is rumored to run Maemo 5 that will share Nokia’s smartphones, smartbooks and long-time rumored netbooks. Digging the evidence behind this is leak is ‘Nokia Money’ which suggest a new platform for purchases through mobile internet. Another is ‘Nokia Booklet’ that sounds more of a netbook device.

Of course, this still sits on speculations, but finding Nokia diving into the netbook market could be really interesting. Their long time achievements on the mobile technology and experience can bring something special –an out-of-the-box mobile computing device that will stand-out above the crowded market.

Let me end up this by giving you this point of view which I think gives exactly what Nokia can achieve. Nokia’s strongpoint is their outstanding innovations and technology, if they bridge the gap between smartphones and netbooks I know they can bring some parts of their crown back together that have been slowly cracked by Apple, RIM and emerging competitors on the market.