Clearing your doubt for an iPod Video reality, the proofs has been laid to us by Tech Crunch and Macrumors, which has made as impression of what we should be watching and waiting for the next generations of iPods including the iTouch. If you’re satisfied with your iPhone 3GS video capability like we do, amazingly we’re impressed with its ability to capture HD quality videos plus the fact that it’s equipped with editing software and makes your video ready for a YouTube upload.

Finding these features on your iPods would really be a near view of Apple dominating low end digital camera market crushing it to grounds with iPods expected sale of 3 million per month.

The clarity for these rumors has always been around with its components manufacturers, as always we heard them coming from Taiwan, China and other part of Asia that has been the nest of cheap hardware manufacturers worldwide. According to Tech Crunch:

That’s exactly what we’re hearing is going to happen. One of our sources in Asia say that Apple has placed an order for a massive number of camera modules of the type that they include in the iPhone. These are inexpensive cameras, in the $10 range. And the size of the order, our source says, means they can only be used for one thing – the iPods.

Putting a camera in the iPod touch, which uses the same operating system as the iPhone, is a logical next step for Apple. But the order size is supposedly so large that some people in Taiwan are speculating that Apple may be planning to put cameras in the lower end of the iPod line, too. “Everything but the Shuffle may have a camera in it soon,” says our source.

While Macrumors claims two images of cases that are supposed to be designed for the upcoming iPod Touch and iPod Nano, and suggest that the next generation of said devices will indeed include a camera. 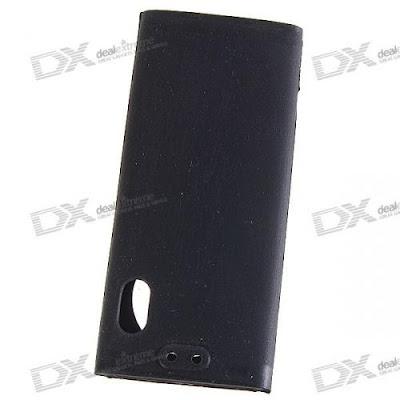 We can say that it’s too early to speculate at this time, but I’m sure it will be Apple logical move to bind video and photo features to its low end device as it shows a successful trends on iPhone 3GS. In addition, realizing the fact that YouTube has announced that its mobile video uploads has amazingly increased when the iPhone 3GS has launched.