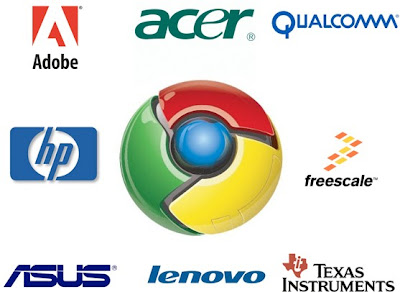 Credit: Engadget
Google has successfully surprised the world with its Chrome web browser that has made over 30 million of people highly satisfied on using it everyday. The Android OS also has been gaining shares on the mobile OS market with over half a dozen handsets to be announced this year running the OS platform. The internet giant seemed expanding beyond these advancements with its official announcement of Chrome-centered operating system.

So today, we’re announcing a new project that’s a natural extension of Google Chrome — the Google Chrome Operating System. It’s our attempt to re-think what operating systems should be.

Re-thinking what the new operating system would be, the company fledged an open source OS built from the ground up. The new Chrome OS will focus on simplicity together with speed and security, like what the essentials we have seen on their Android OS and Chrome Web Browser.

Acer, Adobe, ASUS, Freescale, Hewlett-Packard, Lenovo, Qualcomm, and Texas Instruments this are the following companies tagged by Google to a partnership for its entry into the operating system business. With ASUS and Acer we can see netbooks running the new OS and with Adobe unsurprisingly should we find fine line of flash support.

Although some of big name in the industry is missing in its business squadron, like Dell and Intel, Google still has lot of time to gather these forces. If the company will be on time, we would like to see netbooks running Google Chrome OS for availability sometime in 2010.