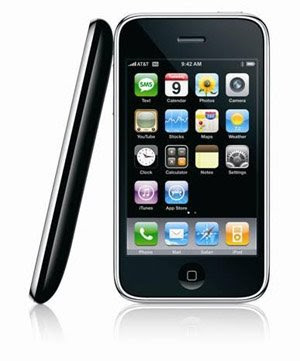 Now that WWDC is just around the corner we can expect that rumors and speculations are heating up. Just like what we got here, they said that the new iPhone will be coming cheaper with less $50 to $100 price cut from the usual and speculating on what will be the next iPhone’s name?

Digging through TUAW’s rumor of Apple is planning to name the new iPhone 2009 iPhone Video. They have put together the earlier leaked of iPhone placeholders at Carphone Warehouse that list iPhones with the V3 moniker. Apparently if you would think closely, it will take you a quick thinking of V3 means “Version 3”, coming from a series from original iPhone, iPhone 3G, this new iPhone 2009 will be the third version accordingly, taking the assumptions as well, we can’t tell it could then be “Video 3”. I could also see that Apple using iPhone Video as the name for the rumored entry-level 4GB iPhone but using it on the new iPhone with much hyped features will lessen its outstanding promotional value with just highlighting on a single feature.

Moving on the other rumor, Financial Times just released a report saying that Apple is going to announce a cheaper iPhone at the WWDC 2009. Financial Times also claims with Morgan Stanley analyst Kathryn Huberty sees a $50 or $100 price-cut for the iPhone. Making a more competitive priced iPhone which will falls around $99 or $149 iPhones. Also another taste with this rumor is the Apple moves to diversify the iPhone brand with cheaper 4GB or 8GB configuration, giving flavor to high-end iPhones.

I got something to predict too, well I believe that the V3 moniker will goes along with “Version 3”, somehow it goes along with “3G”. For the price, there are possibilities since Palm Pre, N97, Blackberry Storm 2 and some Android are on war with iPhone, getting on the smartphone market share within this month and 3Q.

We just have few days; we can forget E3 now and move on with WWDC.