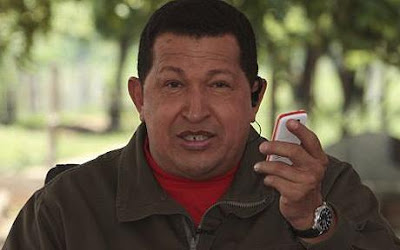 The Venezuelan president Hugo Chavez has launched the world cheapest mobile phone and probably the one with a ‘raw’ name. The phone is named ‘Vergatorio’ which has it’s origin in Venezuelan slang term for penis. So if you’re ask, ‘Do you have a Pen*#?’ then you should have Vergatorio –then you’re nothing.

Hyped to be the cheapest phone on sale Vergatorio will cost you $15 (about £10) and have the features of middle phones such as WAP and MP3 Player. You may find some competitor at this price with some of the cheapest phone sale on Asia.

“It is science and technology at the service of the people not the elites … the day will arrive when we manufacture phones for Cuba and Latin America,” Mr. Chavez said. “This telephone will be the biggest seller not only in Venezuela but the world. Whoever doesn’t have a Vergatario is nothing.”

But before Vergatario made its way to the world, ‘critics have described the choice of name given to the phone as vulgar and in bad taste’.