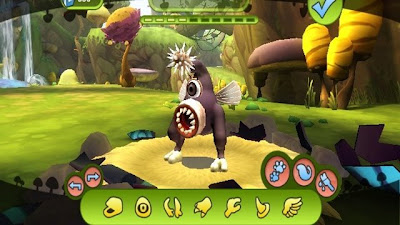 We have come to our expectations that Spore will be coming to a much awaited platform with Nintendo Wii and DS. Electronic Arts has finally unveiled some details about the game titles Spore Hero and Spore Hero Arena.

We can expect for a classic Spore game on PC for both the Wii and DS, it has different approach. Nintendo Wii’s Spore Hero is a story-driven action-adventure game filled with quest, games combat and solving of puzzles. It also features the Spore Creature Creator to customize your own character.

Nintendo DS’ Spore Hero Arena is a combat game which players will have to visit various planets throughout the galaxy and winnings through battles will unlock new abilities, parts, and other upgrades that we have almost been seeing in a common role-playing-game (RPG). The game also supports local and WiFi multiplayer up to three other players to battle with.

There’s no word for the release date for both game for now, but it’s expected to come this year. Bringing the ever so popular Spore game on Wii and DS is something to watch and wait for; I believe that this will be very interesting.