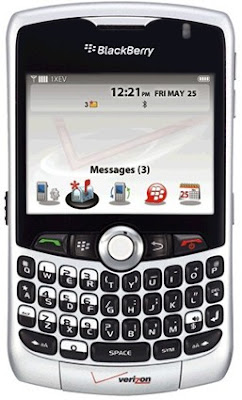 Apple now may take chances and not be too comfortable with the erstwhile success of their iPhone because according to the latest NPD Group data for first quarter 2009 best-selling smartphone in the US, BlackBerry Curve 83XX series overtook the iPhone in the ranking, while Blackberry’s storm and Pearl follows the counts at 3rd and 4th place with T-Mobile G1 takes the 5th place.

Blackberry’s no doubt tapping the top rank is really made by its aggressive promotions and its availability across the four major U.S. national carriers. This data may help the Apple to really make a move to expand the iPhone market penetration to other carriers and serves it to other new versions that have new functionality and as well price –these mere facts of its continuous rumor of making it available to Verizon.

In addition, US overall market has grown to 23 percent this Q1 2009 compares to last year 17 percent. RIM has gained 15 percent share of the US market, while both Apple and Palm dropped 10 percent, –RIM making it big this for the first quarter.

But still we have something to look forward as the 2nd quarter insist a freaking competition particularly on the smartphone line as both Apple and Palm have ready up their handsets to strike back at the US smartphone market.