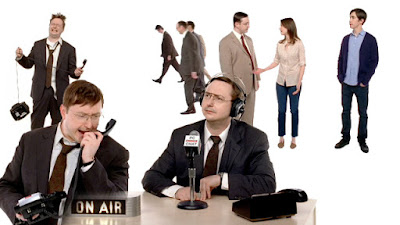 Apple has launched another set of “Get a Mac” ads, after a month when they first aired the first four ads. And this new set of ads seems to answer out the Microsoft’s “Laptop Hunters” more directly, with title ads as “PC Choice Chat”, “Elimination” and “Customer Care”.

Apple’s ad “PC Choice Chat” features “John Hodgman’s “PC” answering calls to his new “PC Choice Chat” radio show. When callers about switching to a Mac or getting PCs with service comparable to the Genius Bar, PC hangs up the phone and accusing them of being crank callers.”
“Elimination” shows a “PC shopper named Megan is looking for a computer, so PC helpfully brings along a “full range” of options available. As Megan lists her criteria, PC starts eliminating various models until none are left that truly fit the bill leaving Mac as her best option.”

“Customer Care” “points out the benefit that Mac users have from “incredibly helpful, real” Mac Geniuses that work in the company’s network of retail stores. In contrast, PC looks back at the annoyance of automated phone menus and unhelpful, scripted responses from tech support, resulting in hair pulling and possibly an aneurism.”

You can watch this in full HD at the link below, I don’t know if this will be a friendly competition between Apple and Microsoft but sometimes I’d like to love the open-source Linux.