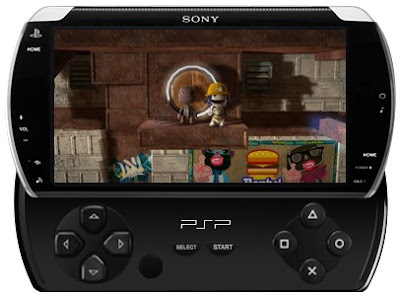 Sony portables PSP has stolen the spot light for fast few months now with uprising rumors on major hardware redesign with claims on ditching the system’s UMD drive, addition of a second analog stick and sliding form factor. And likewise all of our speculations and cravings will be answer yet by June, with probable Sony unveiling their new redesigned PSP at this years E3 conference.

The rumored updates are mainly tagged by speculations to be PSP 2 and PSP-4000, but according to 1UP’s sources Sony will settle on subtitle than a numerical moniker. PSP Slide, PSP Flip, and PSP Go! are few of the rumored codenames for the said project with a big possibilities on Sony settling on PSP Go! with its previous release of PSP add-ons with branding of Go!(the Go!View video on-demand service and 1.3 megapixel Go!Cam). Apparently, control design will remain the same as the current control with no addition of a rumored another analog stick.

Additionally, 1UP sources stated that the revamped PSP will be in either 8GB or 16GB of built-in flash memory with early release in Japan by September and will come in U.S. by late October or early November.

Since Sony have ditch the UMD drive it will have over 100 classic and new PSP title available for download at launch. With expected big titles on release day Gran Turismo Mobile is said to be one of the premier launch titles.

We will be watching till E3 to see how Sony will make gaming clamor despites DSi have gone early singing and with iPhone gaming platform slowly entering the big picture of handheld gaming.