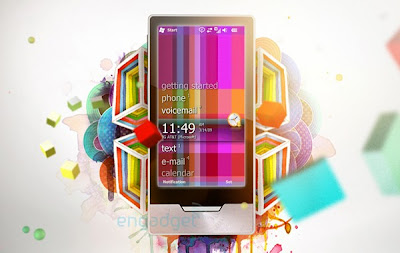 Just another iPhone Killer is what they say, if they maybe but possible. A believable citing of story from Wall Street Journal and USA Today story depicts some important details on a possible 2010 Verizon’s iPhone offering. Now where is the iPhone Killer they talking about, the story goes on as some group of “people familiar with the matter” that the said “iPhone offering” might not be an Apple iPhone considering the journal indication of Verizon and Microsoft talks regarding a partnership with a project tagged “Pink”.

Pink will be a Microsoft-designed multimedia handset and without a doubt multi-touch enabled screen with a possible match-up size with the existing iPhone. According to the report Pink will also features a version of Windows Mobile OS with possible buzzing new software capabilities. Apparently, a third party is said to develop the Microsoft-designed phone.

Citing Verizon’s CEO has also made it pretty clear in the past that there will never be a CDMA iPhone offered by Verizon, because their planning to roll out LTE network starting in 2010.

Although, AT&T iPhone exclusivity runs out and there is a rumor that it will be heading up to Big Red offerings. We still caught on marks of possible non-iPhone designed for Verizon’s networks (CDMA or LTE) but a possible “new handset”. If Verizon will be on an Apple-side or Microsoft-side we don’t know, but it can be tie-up for both, with iPhone and a possible ‘new device’.

“LTE (Long Term Evolution) is the next major step in mobile radio communications, and it will be introduced in 3rd Generation Partnership Project (3GPP) Release 8.

The aim of this 3GPP project is to improve the Universal Mobile Telecommunications System (UMTS) mobile phone standard and provide an enhanced user experience and simplified technology for next generation mobile broadband. Researchers and development engineers worldwide – representing more than 60 operators, vendors and research institutes – are participating in the joint LTE radio access standardization effort.

While 3GPP Release 8 has yet to be ratified as a standard, much of the standard will be oriented around upgrading UMTS towards a 4G mobile communications technology and an all-IP flat architecture system. However, LTE is not, as many believe, 4G.” –wikipedia

“Code division multiple access (CDMA) is a channel access method utilized by various radio communication technologies. It should not be confused with the mobile phone standards called cdmaOne and CDMA2000 (which are often referred to as simply “CDMA”), which use CDMA as an underlying channel access method.

One of the basic concepts in data communication is the idea of allowing several transmitters to send information simultaneously over a single communication channel. This allows several users to share a bandwidth of frequencies. This concept is called multiplexing. CDMA employs spread-spectrum technology and a special coding scheme (where each transmitter is assigned a code) to allow multiple users to be multiplexed over the same physical channel. By contrast, time division multiple access (TDMA) divides access by time, while frequency-division multiple access (FDMA) divides it by frequency. CDMA is a form of “spread-spectrum” signaling, since the modulated coded signal has a much higher data bandwidth than the data being communicated.

An analogy to the problem of multiple access is a room (channel) in which people wish to communicate with each other. To avoid confusion, people could take turns speaking (time division), speak at different pitches (frequency division), or speak in different languages (code division). CDMA is analogous to the last example where people speaking the same language can understand each other, but not other people. Similarly, in radio CDMA, each group of users is given a shared code. Many codes occupy the same channel, but only users associated with a particular code can understand each other.”—wikipedia