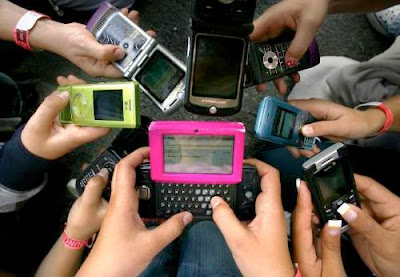 How advance we are getting now? What are the future technological developments and how people are responding on these changes, these maybe some great facts that this technology blog has been sharing for its avid readers. According to a U.N. reports here are some relevant information for your tech-meal.

According to a U.N. reports states that six out of ten people around 60% of the world population has a cell phone subscription. Accordingly from 2002 it’s just fewer than 15% but today its 60% which suggest the trends that comes from poor developing countries. In my opinion Nokia has been a big part of this trend for targeting the masses by producing with low-priced mobile phones. While home phones have increased at a slower rate, from 1 billion in 2002 to 1.27 billion in 2009, meaning cellular phones outnumber direct-wired phones in excess of 3:1.

The internet usage has doubled from the 2002 11% to 2008 23%, with 1 out of 20 people have internet access in poor countries, and 1 in 20 worldwide have high-speed internet knowing South Korea which getting nation-wide Gigabit broadband by 2012. In rich countries the broadband services has increase 20% in market penetration. Mobile broadband also contributes with this fast development with 3% of people worldwide having it on average, compared to 14% in rich countries. While in Myanmar there’s a cited 90% decline in internet usage due to militaristic government, shutting down internet connections and bloggers jailed for published content.

Now talking about the advancement in the information and communication technology(ICT) here are the list per countries growth according to the UN reports:

Are you wondering where the United States in the list is? The US comes at 17th place, with Hong Kong at 11th, China at 73rd and India at 118th places. These following countries ranking is affected by their large populations and poor rural areas.

These are purely relevant information in technology and how our fast advancement is moving forward. Making our life easier and convenient, but still we the user should not abused it and should learn how to use and preserve it right. So how do you find your ICT in your country? Getting worst or making more future upgrades?