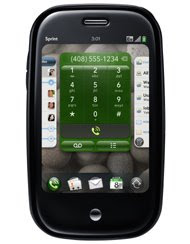 Hurry up, Apple iPhone 2009 is coming, we should go ahead first and sets the spotlight on us –as a tweet broke out of the shelves telling an April 30th early release of the most anticipated smartphone –the Palm Pre.

A quick glance on the calendar April 30 will be on Thursday, which seems not a perfect week days to launch Pre. The Pre will cost $299.99 with a two-year contract. Another views here, is that Palm need to get ahead of the iPhone 2009 expected release to happen on June to avoid the risk of people wanting to see what the new iPhone is all about, before taking their curious minds to Pre.

Apple is known to create hogs of attention when their expected to roll out their new offering likewise we can see that Palm is following the trend. We don’t know if the rumor is true, but it’s fixed to run the craving for Pre.

On the other hand, if we will consider the rumored tweets, Palm Pre is in their final phase testing. We just need to wait for a month to see if another tweet will be posted for the official release of Pre.