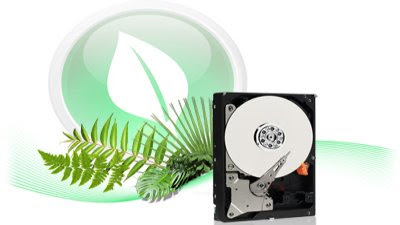 If you want a roomier upgrade for your drive, Western Digital’s new 2TB hard drive may fit your needs. Western Digital bills its “Green” series as being eco-friendly; these drives typically trade a bit of performance for variable spin speeds, lower temperatures, and quieter decibel levels.

WD’s new 2TB drive offers a total of 32MB of cache and is a four-platter design (500GB per platter); arreal density is up to 400GB/inch2. The earliest 1TB drives used five platters; Western Digital’s 2TB Green is, in some sense, a bit ahead of the original 1TB curve.

A whooping 2TB of space plus free steaming data(porn), why don’t go grab one! Now you get what the “Green” means?