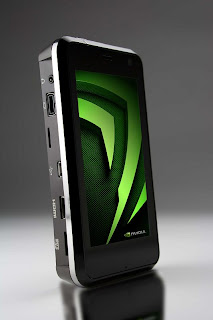 NVIDIA’s is known for its video processing chips one of its known for is the mobile phone chip called Tegra. It looks like HTC will use NVIDIA’s Tegra application processor in some of its upcoming products. We may not say that only HTC will use this processor but maybe some other manufacturer needs this advance graphic solution on their device.

In for seen as American Technology Research’s Doug Freedman says this processor will sell millions of unit and may bring NVIDIA a hundred of millions for the following quarter of this year. It maybe great to here a positive prediction for this ailing economy, lets just hope for the best. Another thing to look forward is the phone from HTC that will use this processor, the graphics capability in terms of video processing and gaming.