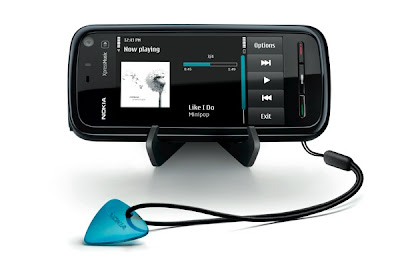 Nokia sells about 470 million phones worldwide last year and still top all handset manufacturers, but still had a rough 2008 and so far, 2009 isn’t looking much better. The poor global economy has resulted in significantly reduced sales for the handset maker as it struggles to get attention for its devices in the market.

In an attempt to turn their back to a financially unfavorable year, Nokia announced that their first mass market touchscreen handset 5800 XpressMusic is getting a really warm welcome at its launch n the UK, but even more it coincides with the first million of units sold.

The handset features a graphic EQ, 8GB of storage, supports all main digital music formats, and has a built-in 3.5mm headphone jack. The screen of the phone is a 3.2-inch unit that can playback video at full motion in 30 frames per second. The camera is a 3.2MP unit with Carl Zeiss optics. Nokia says that the handset will be made available in more markets this year.

Currently, the most popular phone the Nokia 5800 XpressMusic may be getting a hearty welcome in the UK where it costs only 249 GBP around 265 euro but in the other European countries its price tag is way different closing 400 euro.