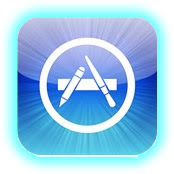 The inauguration is just in the corner, and to keep you updated whether you’ll be headed to Washington or simply follow it online at home there’s a lot of sites and applications dedicated to the national party few days from now. General information about the inauguration can be found at the sites for the Joint Congressional Committee on Inaugural Ceremonies and Presidential Inaugural Committee. Here are the following online lists of sites and iPhone applications to guide you for following and taking a closer look every important happening at the inauguration.

— Ustream.tv: This stream will also be available on your iPhone, great for those along the parade route too far away to see the main stage.

—NPR Inauguration Report: Run by NPR’s social media desk, it will be collecting dispatches from spectators via Twitter, Flicr, YouTube, and text message. All Tweets or text messages that start with “#inaug09″ or “#dctrip09″ will be included in NPR’s feed, as well as Flickr photos and YouTube videos tagged “inaug09″ or “dctrip09.” There are also an accompanying iPhone and Android apps called IR09, Inauguration Report 2009 (more details here).

—PointAbout 2009 Presidential Inauguration Guide: Free app with a countdown to the inauguration, distance to the inauguration steps, and lets you navigate Washington, D.C. with maps of public transport, parking, free WiFi zones, and a Zagat’s restaurant guide for the city.

—PolitFact’s Obameter: Obama made more than 500 promises during the election campaign. Track how many he keeps with the Obameter.