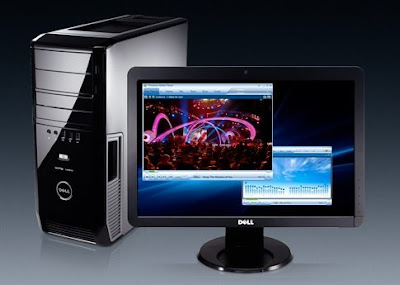 Dell XPS 430 is the latest update to the XPS 420 ditches the SideShow display but now starts with 6GB of DDR3 RAM and features a newer slate of Intel Core 2 Quad processors running on a 1,333MHz bus with 256MB ATI Radeon HD 3450 graphics.

The update is unusually a half-step backwards for Dell and sees clock speeds and video options scale backwards in the starter $1,307 XPS 430 model, which carries a 2.33GHz Core 2 Quad and a slower Radeon HD 3450 versus the 3650 of the XPS 420. Besides doubling the memory of the original system’s 3GB, the new model also partly justifies its cost by moving up from a 500GB hard drive to a 640GB version.

Another higher-powered configuration is available at $1,767 and adds a 22-inch SP2208WFP display along with a faster 2.5GHz Core 2 Quad and a 750GB hard drive. Expansion allows either of the systems to hold as much as 8GB of RAM as well as a quad-core 3GHz Core 2 Extreme, a Blu-ray burner and either a Radeon HD 4850 or 3870 X2 as a top-end graphics option. Orders taken today should start shipping by late November.