Skip to content
TechGeeze > The battle of Intel Core i7: YoYotech Fi7epower MLK1610 PC vs. Falcon Northwest Mach V ( Core i7)
Since we are talking of Intel Core i7, let’s put to the battle the reigning “World fastest PC in the World” a YoYotech Fi7epower MLK1610 PC and Falcon Northwest Mach V equipped with Core i7. The Core i7 processor (aka “Nehalem”) is the latest power processor from Intel’s R&D labs. It uses the 45nm manufacturing technology the company pioneered in last year’s Penryn processors. 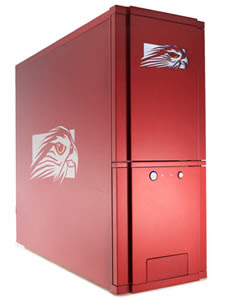 The Core i7 965 Extreme processor is initially clocked at 3.2 GHz, but the engineers at Falcon have overclocked it to a max of 3.99 GHz. Falcon uses a sealed liquid cooling system to keep the processor from shutting down at this heady speed. The Core i7 is installed in an ASUS P6T Deluxe motherboard with an Intel X58 motherboard chipset, the latest performance/gaming motherboard and chipset combo. With monster system specifications of a dual ATI Radeon 4870X2 graphics cards with 2GB of RAM on-board, 12 GB of DDR3 RAM, Blu-ray, HD-DVD, and over a terabyte of storage. The cost of having this super PC is $7,995.00, really pricy but performance wise it will blow you away. 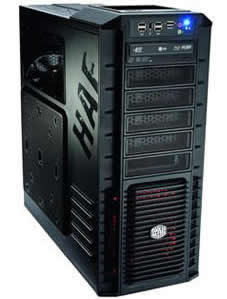 Backing up the new chip is Asus’ P6T motherboard, which boasts Intel’s latest X58 chipset. Then you’ve got a staggering 9GB of high performance DDR3 RAM (that’s 2GB per channel and an extra 1GB thrown in for good measure). An 80GB Samsung SSD makes things run even faster whilst staying completely silent.Gamers will be wondering what sort of gaming specs this brings to the table. The answer is surprisingly conservative. The Fi7epower MLK1610 sports the latest and greatest Radeon HD 4870 X2 graphics card with 2GB of DDR5 memory. Why is that conservative? Because there’s only the one of them. The Asus P6T motherboard supports AMD’s Crossfire – a means of hooking up a pair of graphics cards to work in unison – so there’s no real excuse as to why there’s just the one graphics card on board. Fortunately YoYotech gives you rather a lot of customisation options anyway, so you can decide exactly how you want it kitted out.